Skip to content
By Judith LawhornNovember 5, 2021NewsLeave a Comment on Cannabis Industry Ready for a Re-Evaluation Three Years After Legalization

Canada was one of the first nations to legalize CBD oils for industrial, recreational, and domestic uses. The law was put to action in October 2018. Ever since the Canadian cannabis market has experienced its highs and lows in terms of profit and market control.

Many companies have experienced great losses after being forced to sell at lower prices. In contrast, more companies have their warehouses stacked to the brim after being unable to sell their products. While the legal cannabis market faces the battle, more producers keep trooping into the legal market.

Every quarter, companies keep dropping prices to the point of loss, while some companies are selling off and shutting down their facilities, making the current market trends highly unsustainable and prone to disasters.

Ever since the legalization of cannabis in the industry, the tax authorities have gained over 1 billion dollars in tax revenues from cannabis. The calculated tax revenue does not include the tax collected upon the sales of cannabis products in the market. The high tax rates are fast becoming a major concern to cannabis companies, which are already experiencing loss in the industry.

However, many experts are hoping that the governments’ review of the industry would lead to the reconsideration of the tax regulations and other necessary policies. Some producers are willing to pay even higher taxes if the policies are amended to the favor of the industries.

A Quick Look Into the Retail Market

Although the majority of focus on the cannabis industry is on the producers of the product, the retail market doesn’t seem to be faring any better than the producers and wholesalers. Currently, there are over 2,600 cannabis stores across Canada.

Although the current review isn’t meant to affect the retailers, some experts believe that the review will be more favorable if attention is paid to the retail market.

Currently, the illegal market accounts for 39% of the Canadian cannabis market. This is a great improvement when compared to the previous 91% statistics. If the government intervenes to make the necessary changes to cannabis policies, the country will benefit even more from the industry. 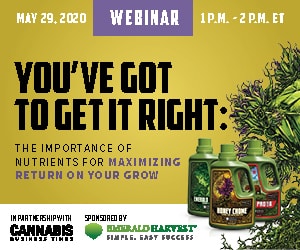